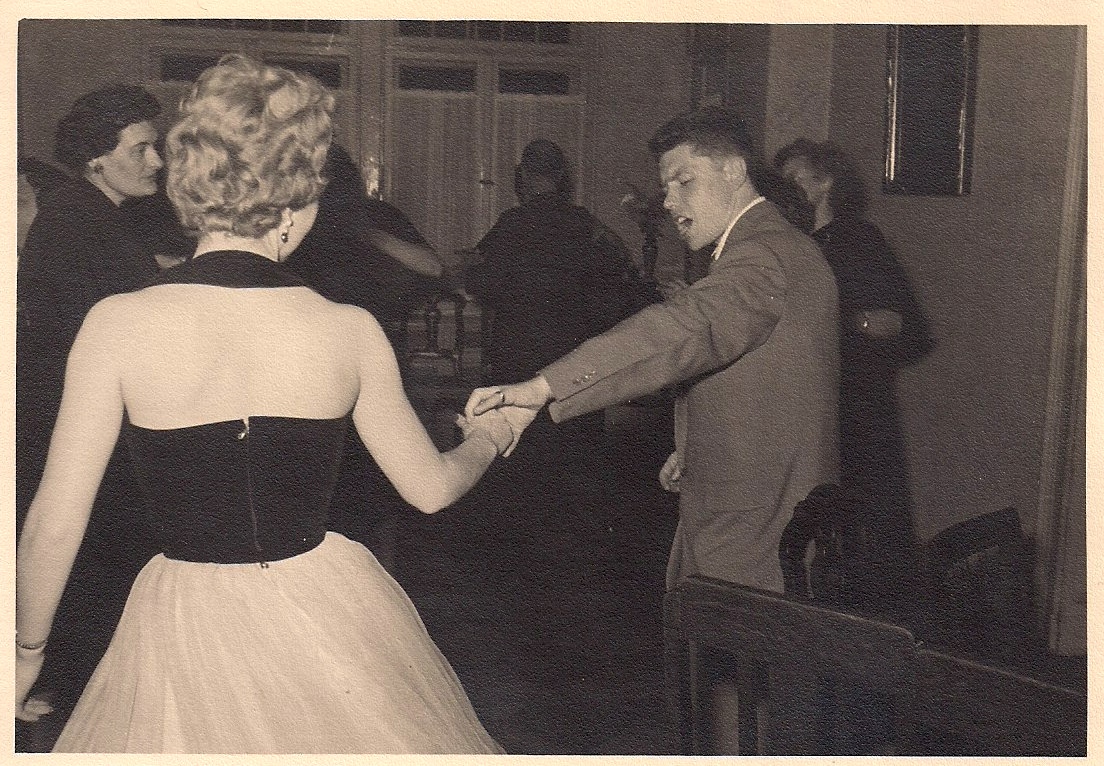 An important celebrity of the old San Francisco 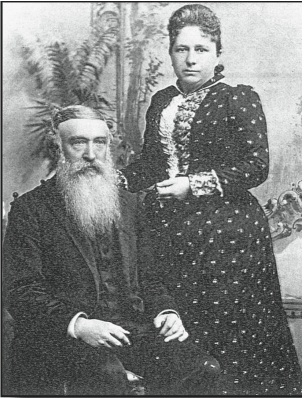 Johann G.W. Schulte left his home village of Gehrde in the year of 1843, aged 17, bound for the United States. The little village of Gehrde situated near Quakenbrueck in the Kingdom of Hanover had approximately 300 inhabitants at that time and nearly 1/3rd of them left their homes in the 1840-1850ies for better luck at overseas countries.

Johann Schulte spent 6 years at New York then sailed around Cape Horn to San Francsisco to follow the call for gold. We do not know whatever his success was at the goldfields. However, after a while he decided to settle down at San Francisco and earned his living with a grocery shop which obviously flourished as it is reported that he earned a lot of money. Other business activities followed and he was moreover active with political and social commitments.

It was at this time that he wrote the said letter to his father who lived until his death at Gehrde.

During the years to follow Schulte undertook several journeys to Germany. On one of his trips in the year of 1865 he got to know a young lady named Minna Schumacher whom he married in his home village.

Finally, in 1881, he went back forever to San Francisco where he built a large 4-storey villa. The garden around his new home was an attraction for all San Franciscans as there were many exotic plants and a windmill carried on a waterfall thus allowing to water his area on his own. After the terrible earthquake in April 1906 he was able to supply many people with water when the municipal water supply had broken down.

He died one year after the earthquake at the age of 81 and all San Francisco newspapers brought obituaries upon his death. Today some of his descendants still live in San Francisco and his name is kept in honour.

It was in June 2010 when Oliver Weigel, stamp expert at the SCHWANKE auction house of Hamburg, was on a business trip in the North Western parts of Germany when he was shown a bundle of old letters coming from a family correspondence of the 1840-1870ies.

The most stunning item was the 10 Cent 1855 block of six on a cover from San Francisco to the Kingdom of Hanover.

After having shown this item to the well known stamp expert for US classics, Mr. Wolfgang Jakubek and after having done some investigations, we have to conclude:

The Gehrde cover has to be considered as an unique franking of the 1855 TEN CENT stamp.

It’s appearance more than 150 years after the stamp was issued has to be attributed as „sensatinal“ and „spectacular“.

The cover of which a photo documentation of front and backside is herewith attached has to be judged as follows:

Provenance of the piece:

On June 2, 2010 Mr. Oliver Weigel, auctioneer and partner of the SCHWANKE stamp auction house of Hamburg was on a business trip in a small town in the North Western parts of Germany, negotiating about realisation possibilities of philatelic material coming from an estate.

The said and described item was found in a bundle of old letters which was carefully stored away since generations.

The philatelic importance of the find:

The letter is a US classic rarity of the highest calibre which was unknown to the 2nd of June, 2010.
The was no 60 cents rate constructed by a block of six of the TEN CENTS 1855 known to date.

The quality of the item:

The letter is still in the same condition as it was when it arrived at Gehrde in the year of 1856 – due to the fact that it remained unknown in the family estate over the incredible time span of more than 150 years.

Some traces of its long travel from SAN FRANCSICO via NEW YORK to the Kingdom of Hanover have to be mentioned for accuray but are no doubt part of its historical „patina“.

A clearly visible paper imperfection at the upper left corner does not detract from the uniqueness of this philatelic gem.

All details of front and backside are shown on the attached photos.

All remarks relating to the quality of the item logically apply to the date of this examination.

We wish to express our thanks to Michael Gerdwilker, Osnabrueck, for several hints and help researching and investigating in the Gehrde find. 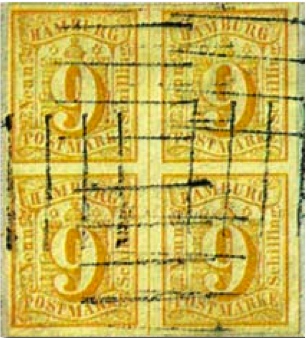